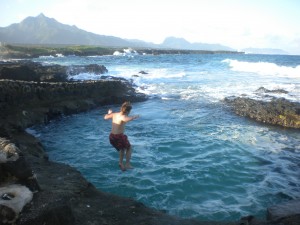 As we rely more and more on discount sites like Orbitz, Priceline and Kayak for deals on international flights, we are also finding that being our own travel agent can be time consuming and frustrating. I think the recent interest in the problems with codesharing (when an airline sells a flight on another airline under it’s own code) reflects this… see some of the stories on The Cranky Flier.

My friend Tim recently learned this lesson when he booked two tickets to Tanzania for a dream vacation with his wife to climb Mount Kilimanjaro. Once he pulled the trigger on his best deal through a discount site (who would not allow him to reserve seats), he contacted the airline directly. Because this was a codeshare, he could only reserve the US sections of the flight. It took an amazing amount of time and patience to finally locate a person that could give Tim the information on the international piece of that flight (which was a completely different airline, flight and reservation number), but with some perseverance he was finally able to reserve his seats for the 25 hour trip. 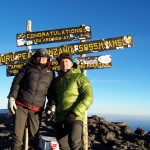 The next airline headache that has recently come up has to do with linking your intinerary. Chuck recently traveled with his family to American Samoa. He found that purchasing the tickets seperately, directly through Delta and Hawaiian Air, was less expensive than the combined ticket through Orbitz. But he had a surprise and $170 in baggage fees waiting for him at the airport. Here is his story:

“On the phone, Delta told me that I simply had to show both itineraries at check-in and they could check them all the through because Delta has a ticketing agreement with Hawaiian Air. This turned out to be accurate, and I was able to check my bags all the way through in both directions. What they didn’t tell me was that having two separate itineraries would be a problem when it came to baggage fees.
Since my first itinerary with Delta ended in Honolulu, this was considered a domestic flight. At check in, the Delta agent told me that because the flights were not on a single itinerary, I would have to pay the baggage fees. This ended up costing $170 for my family’s 6 bags. Later in the process I came to understand that the two itineraries were not linked. Nothing I could say at the counter was going to change the situation and so I just paid the fees.
When I returned home, I opened a customer case with Delta and started an email correspondence with them. After several very polite rejections I received the following statement in one of the emails:
Please know that if the passengers are traveling in a single itinerary that included the Delta and any other Airline flights or two separate itinerary but journey is starting in same day then there will be no baggage fee. 
It took several more emails to get a refund. So, the first lesson I learned was that persistence pays off. Of course being right doesn’t hurt. The second lesson, I think, is to get your flights linked on to a single itinerary.”