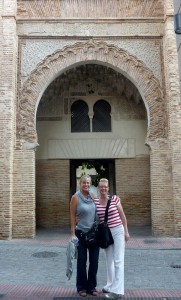 Lucy of “Go Granada” showing us around the city.

We just returned from a two week trip through Spain and Portugal.  I will be posting the highlights of our adventures city by city, but along the way, some basic do’s and dont’s were reinforced: